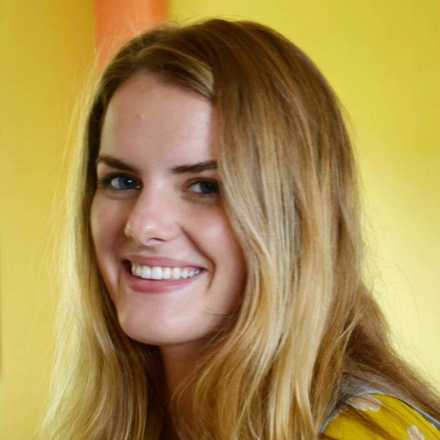 Anna Buckner is an interdisciplinary maker and educator, interested in exploring the limits of existing structures and systems of logic within painting, language, textile patterning, new media, and emerging modes of teaching and learning.

Her work has been exhibited nationally, including solo and group exhibitions at Bad Water in Knoxville, TN, Markel Fine Arts in New York City, The Museum of Human Achievement in Austin, TX, Grunwald Gallery in Bloomington, IN, The Painting Center in New York City, Marian University in Indianapolis, IN, among others.

She is currently collaborating with Nida Abdullah, Professor of Communications Design at Pratt Institute, to develop workshops based on collaborative making and experimentation. Together they play with existing digital platforms, painting, textiles and printed output as containers for exploring form, challenging hierarchical approaches in the production of visual language. This project was awarded a Pratt-Seed Grant to run several workshops around the country.