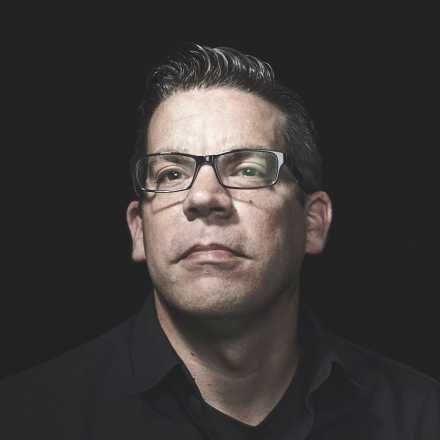 Frankie Flood is an Associate Professor and area head of the Metalsmithing and Jewelry Design area at Appalachian State University in Boone, North Carolina. Flood previously served as Director of the Digital Craft Research Lab at the University of Wisconsin Milwaukee, and for eleven years served various roles in the Department of Art such as Director of Foundations, area head of the Jewelry and Metalsmithing program, and Coordinator for the BA in Digital Fabrication and Design. Flood is a graduate of the University of Illinois, Urbana-Champaign, where he received his Master of Fine Art degree in Metalsmithing.

Frankie Flood’s interest in machines and tools and the influence of his working class upbringing is a source of inspiration for the functional objects that he creates. Flood exhibits his work nationally and internationally and his work has received many awards and has been published widely. The potential that Craft has to serve local and global communities through design and fabrication has been the focus of Flood’s recent research as he continues to combine traditional craft practice with digital technology. His recent research regarding 3D printed prosthetics and one of a kind adaptive devices has spread worldwide and his creation of the Digital Craft Research Lab has created new areas of study for students interested in digital fabrication.

Within the last six years Frankie has been granted $140,000 in personal and educational grant funding by the National Endowment for the Arts, the UWM Digital Future Grant, The Mary Tingley Grant (Greater Milwaukee Foundation), The UWM Graduate School Research Committee, and The Peter S. Reed Foundation for his research in digital technology for the production of art. In addition, Frankie was recently awarded an Appalachian State University Research Council Grant for the design of 3D printed prosthetic devices.