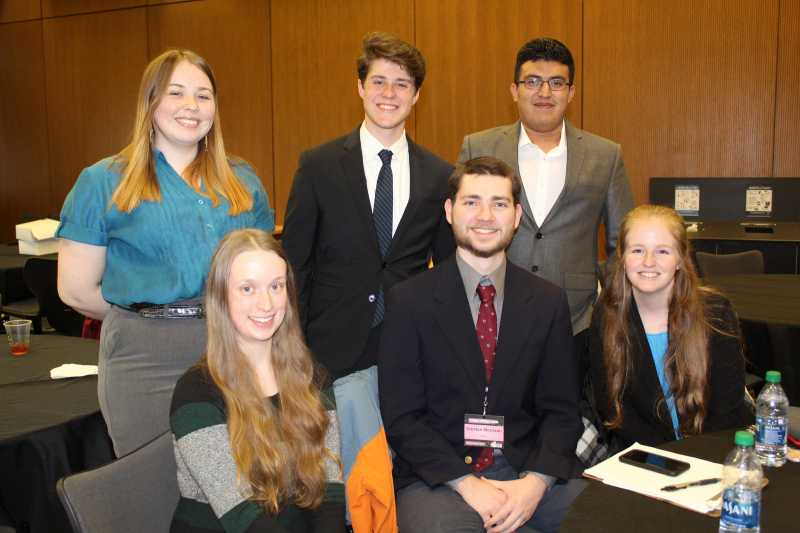 Last year, the Print and Graphics Scholarship Foundation (PGSF) awarded eight scholarships for the 2019 – 2020 academic year to Appalachian students. Students majoring in university and high school graphic communication programs are eligible. A team of industry veterans assigned scores to applicants to refine selection of final recipients. These students represent the “cream of the crop” among all who applied. The board of directors of PGSF awarded scholarships totaling $24,300 to Kaelyn Bealo, Jaiden Gorniak, Juliet Lambert, Laura McGinn, Jazlyn Montague, Lucas Parrish, Alex Rodriguez, and Kaitlyn Welch. All these students are enrolled in the Graphic Communications Management (GCM) degree program at Appalachian State University.

PGSF scholarship recipients attend one and two-year technical schools, colleges and universities in virtually every state in the union. Scholarships average $2400, but can be as high as $5000, depending on the endowment. “Education is critical to the success of promoting gainful employment for students in the graphic communications industry. Graphic communications often falls under the radar when young people consider career options,” stated John Berthelsen, VP-Development for the Foundation. “We strive to increase awareness and then support students to assist with the high cost of post-secondary education.”

The mission of PGSF is to create awareness of the broad range of career opportunities that are available in today’s modern and technology driven graphic communications industry. The Foundation is a not for profit, industry directed organization that dispenses technical and college scholarships and assistance to talented youth interested in graphic communication careers. PGSF promotes the graphics industry as a career choice for young people and supports them through their education process. In 2019-2020, more than 200 students were provided with support totaling over $500,000.

Congratulations to all the scholarship recipients! Learn more about GCM winners below:

Alejandra Aguilar switched her major to Graphic Communications Management during her freshman year on her advisor’s suggestion and has not regretted it. She is interested in working with computers, art, and marketing. She is the recipient of the William Marvin Reese Scholarship.

Madison Bird is a senior planning to graduate in the summer of 2020 with a concentration in Cross Media. She is interested in design, art, and marketing. She is the recipient of the Peter Crusa and William Marvin Reese Scholarships.

Michael Carter decided to pursue graphic communications after being introduced to Adobe programs in high school. He learned about the Graphic Communications Management program at Appalachian through an Open House event. He is the recipient of the Dr. Robert Banzhaf and William Marvin Reese Scholarships.

Katherine Cress is an active member of the Technical Association of Graphic Arts (TAGA) and will serve as Secretary in the fall of 2020. She is the recipient of the Peter Crusa Scholarship.

Jaiden Gorniak, a junior in the GCM Program is a graduate of Ardrey Kell High School located in Charlotte. She was awarded the PICA Foundation, William Marvin Reese, and the John Gordon Scholarships. She also received the Special Judges PICA Award at the PICA Awards Banquet during spring 2019. She is a member of Gamma Epsilon Tau, Technical Association of Graphic Arts, as well as Club Council where she serves as the Graphic Design Coordinator. She is scheduled to graduate spring semester of 2021 with a concentration in Cross Media, and strongly interested in design and packaging.

Savannah Kirkman is a junior pursuing a major in Communications, Advertising with a minor in Graphic Communications Management. She changed her major several times before concentrating on communications and graphic arts, when she saw her grades begin to improve. She is the recipient of the Kelley Family Foundation Fund Scholarship.

Juliet Lambert is from Rutherfordton, North Carolina. She is planning to graduate in December 2020. She is a graduate of RS Central High School. She is a recipient of the Appalachian University Library Employee Scholarship, Peter Crusa, and NAPCO Technology Scholarships. She is most interested in Cross Media Production as well as traditional printing technology such as specifically screen-printing.

Jazlyn Montague is from Youngsville, North Carolina, a small town outside of the Raleigh area. She graduated from Franklinton High school, where she was involved as a member of the National Society of Collegiate Scholars. At App State, she is a member of the K-pop (a popular form of music and dance originating from South Korea) Association and the Kaptivate K-pop Dance Team, the Technical Association of Graphic Arts, and the Gamma Epsilon Tau Honors Society. She received the PICA Foundation and Katherine Harper Scholarships. She is scheduled to graduate in spring of 2021 with a degree in Graphic Communication Management with a concentration in Cross Media Production and a Business Minor. She is most interested in the creative aspects of graphic communications and is eager to learn more as she progresses with her GCM degree.

Emily Nance is a senior double majoring in Graphic Communications Management (GCM) and Commercial Photography. She declared GCM as her second major in her junior year. She is the recipient of the Joe L. Seaman, PICA Foundation, and NAPCO Technology Scholarships.

Paige Poovey is a senior GCM major. She graduated high school with an Associates in Art and made the Chancellor’s List at Appalachian. She is a member of the Technical Association of Graphic Arts (TAGA), The National Society of Collegiate Scholars, and Gamma Sigma Alpha. She is the recipient of the William Marvin Reese Scholarship.

Alex Rodriguez is a junior from Winston-Salem. He is the first from his family to attend a university. He transferred from Forsyth Technical Community College with honors Dean’s List with a 3.0 or above GPA from Forsyth and “Straight A” student recognition in High school. He is a member of the First-Generation Student Association, Hispanic Student Association, and Tau Sigma at Appalachian State University. He received the GCM Advisory Board Scholarship in honor of Dr. John Thomas and the Katherine Harper Scholarship. His area of interest in the Graphic Communications Management degree program is Cross Media Production and Print Packaging. He would also like take the opportunity to further his skills as a graphic designer.

Sarah Sosebee fell in love with technology and design in high school. Her excitement for the graphics field was confirmed after taking her first GCM class at Appalachian, which included a field trip to Classic Graphics where she later interned. She received the Katherine Harper Scholarship.

Olivia Underhill is the daughter of a graphic designer and was immediately interested in declaring GCM as her major with a concentration in Cross Media once she arrived at App State. She is a member of the Technical Association of Graphic Arts (TAGA) and American Institute for Graphic Arts club chapter (AIGA). She received the Peter Krusa Scholarship.

Lindsay Vaughn owns her own photography business and worked at the Belk Library as a Technology Desk Student Supervisor. She is a Graphic Design intern for The Georgia Games. She is very involved with extracurricular activities at ASU. She received the Katherine Harper Scholarship. 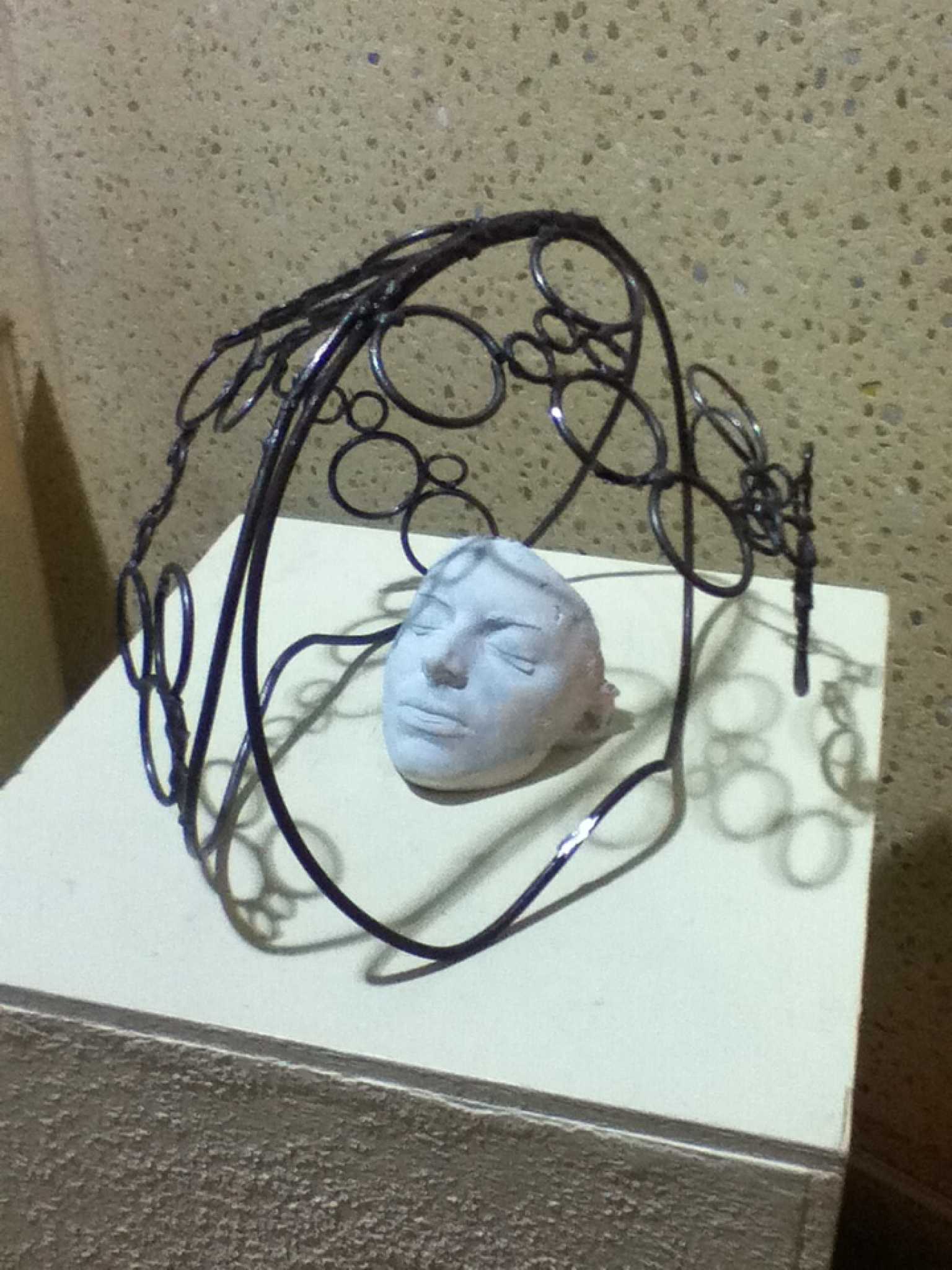